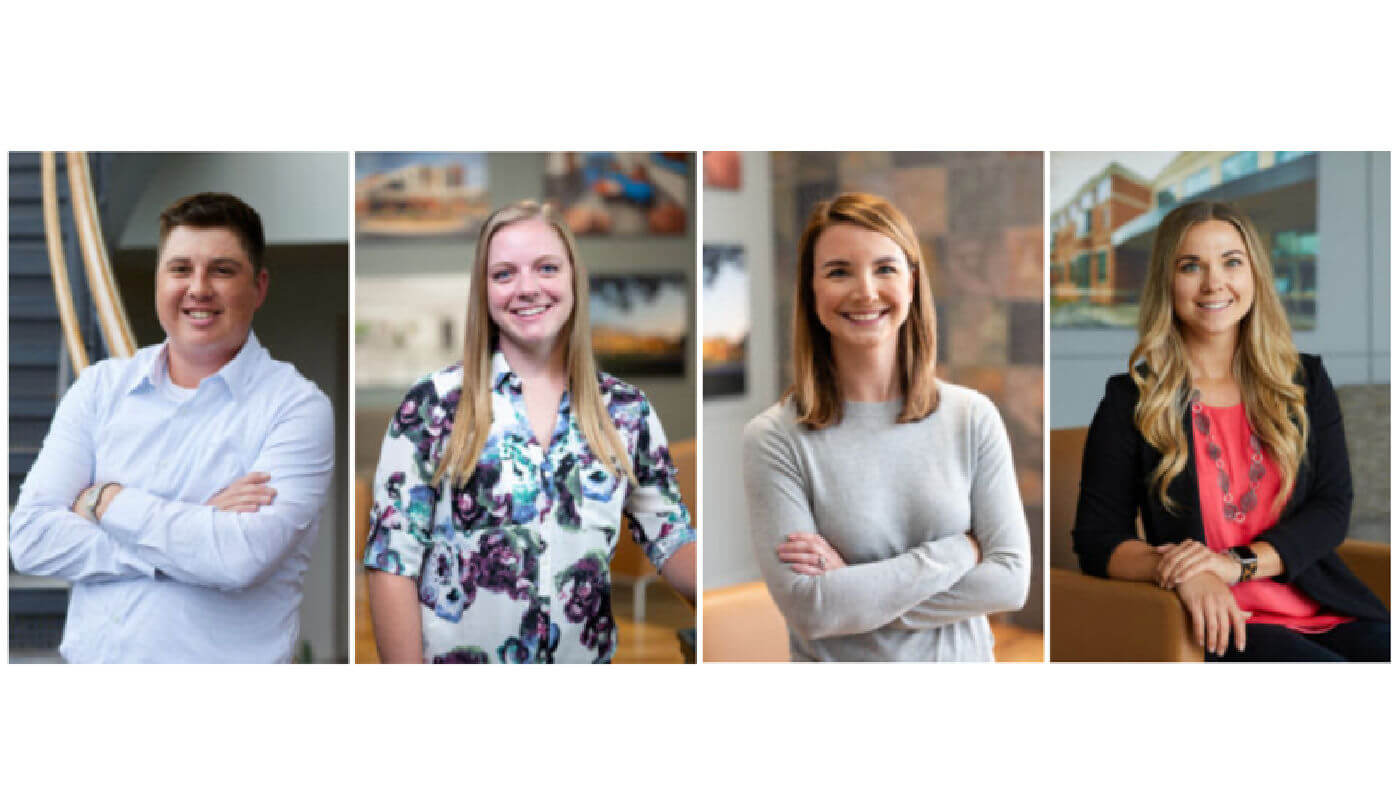 Anthony Garza has been promoted to Assistant Superintendent. He joined S. M. Wilson in 2019 as an intern and was hired as a Field Engineer. He has worked on keystone projects including the City Foundry STL, MetLife, Alton School District and the Target School Library Makeover Program, an initiative between Target and the Heart of America Foundation. In this new role, Garza will supervise Target projects in Mission, KS and St. Joseph, MO. He is responsible for delivering successful projects that align with S. M. Wilson standards by ensuring safety, quality, cost control, compliance and adherence to schedules.

Anna Eisenbath has been promoted to Project Manager. During her six years at S. M. Wilson Eisenbath has served as a project engineer and assistant project manager. She has worked on several projects, including the Ladue High School, Nestle-Purina and multiple Target renovations throughout the region. She and her team have delivered the top-scoring projects for Target throughout the country.

Gwen Arenberg joined S. M. Wilson in 2019 as a project engineer. Her architectural design background has been instrumental to projects such as Columbia College, Link in the Loop and the Ladue School District. As Project Managers, Eisenbath and Arenberg will be responsible for administrative functions on designated projects, including scheduling, leading progress meetings, tracking costs and maintaining all project information, including transmittals, submittals and RFIs.

Rebecca Reifel has been promoted to Assistant Project Manager. She joined S. M. Wilson last year as a project engineer with a background in structural engineering. Reifel will be responsible for assisting Project Managers with all project administrative functions and will be leading several Target renovation projects.