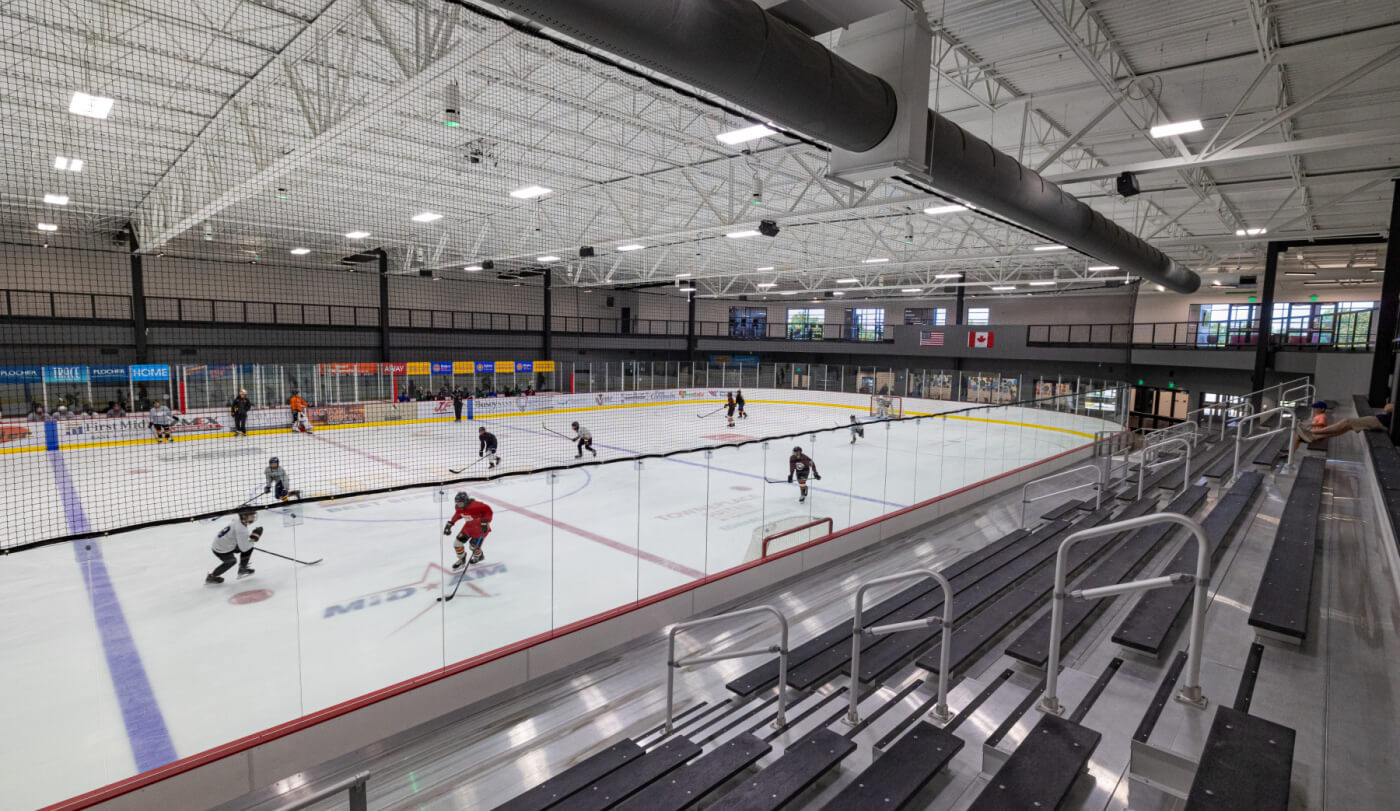 “The overwhelming response from the community has been great,” said Edwardsville Mayor, Art Risavy. “In all the interactions I had with S. M. Wilson at the rink, I was really impressed with their demeanor and the way they went about their business. On a job like this, you have so many union contractors there at one time. To see everyone doing their job and S. M. Wilson on top of everything was pretty impressive.”

Once the slab is completely cured, it is cooled at a very controlled rate until a temperature of 17 to 19 degrees is achieved. A very thin layer of ice is applied and then painted. The wear surface is built up over several days by freezing thin layers of water until a 1-1/4″ to 1-1/2″ thickness is achieved. A dedicated desiccant dehumidifier maintains a 35-degree dew point to keep the ice at the perfect consistency.

This process is facilitated by a complex mechanical chiller system that chills and circulates glycol from a nearby mechanical room. The chiller used on this project was made into a modular assembly and shipped from New York to Illinois for installation. An energy-saving feature on this rink is a dedicated ice melt pit, which melts shavings from the rink surface using the heat created from the refrigeration process.

The new state-of-the-art facility is the third and final phase of the City of Edwardsville’s “A Better Place To Play” campaign. The campaign enhanced recreation facilities in the area as requested in public feedback through a survey conducted by the City’s Parks and Recreation Department. The new facility is situated next to the Madison County Trail System, providing easy access to outdoor recreation opportunities as well.

The multi-use facility is named in honor of the facility’s major donor, Robert Plummer, and his company, R.P. Lumber, an Edwardsville-based full-service retail home center and building materials supplier.