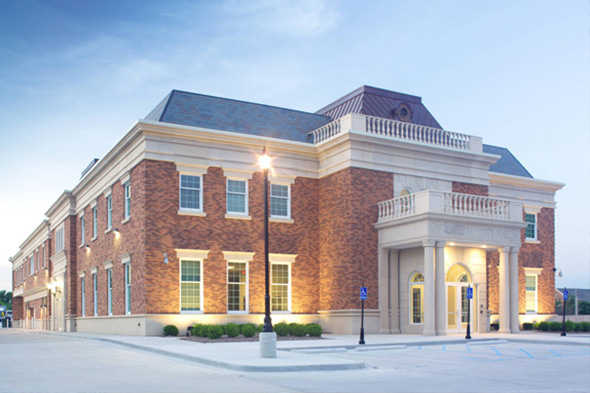 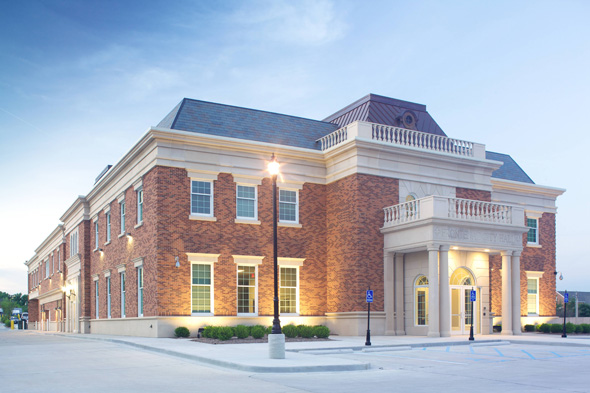 
The City of Frontenac’s former municipal services—city hall, police, fire, and public works—were four separate buildings situated on the same long, narrow lot. The existing city facilities did not have adequate space or capacity to provide the level of service the city desired. The buildings were outdated, and while still able to function in their roles, were in need of updates and maintenance, the cost of which could be used toward new facilities instead.

The plan the building team reached for the city’s new municipal services building was to demolish the existing city hall, police department and fire department facilities, and combine them into one new state-of-the-art building. The new state-of-the-art building enhances city operations, providing better and updated quarters for the firefighters and paramedics, and eliminates existing limitations on equipment size as well as provide additional spaces and updates for technology for police patrol officers and detectives.