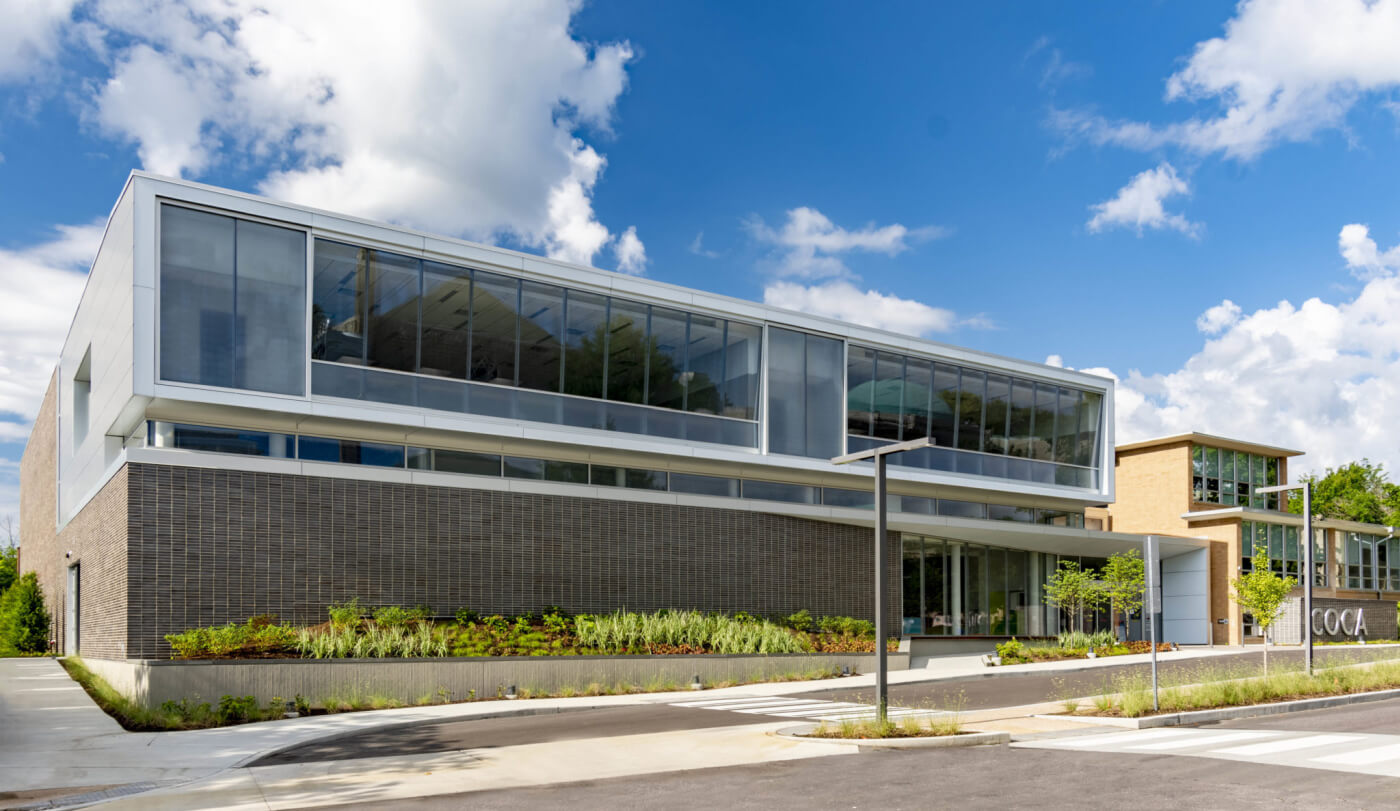 A national leader in innovative arts education, COCA serves more than 50,000 people annually of all ages, backgrounds and ability levels throughout the Greater St. Louis area. As demand for the organization’s services continues to increase, the existing facility no longer has adequate space or capacity to provide the level of programs desired.

To meet the evolving community needs and serve the growing student base, COCA announced the Create Our Future campaign, a multi-year fundraising effort to transform the University City campus. Launched in 2015, the campaign is the largest in the organization’s history raising $45 million to fund an expansion and renovation project as well as build capital reserves and endowment funds for scholarships, support services, artistic and educational programming.

“This expansion will allow COCA to serve more students from throughout the St. Louis community and ensure that we remain a part of what makes St. Louis a great place to work, live, and raise a family, for years to come,” COCA Board President, Jesse Hunter, said in their press release unveiling the project.

S. M. Wilson is currently serving as the Construction Manager at Risk for COCA’s facility expansion project. Set to open in early 2020, the multi-phased project will nearly double the size of the current facility. Phase 1 of the project was completed by S. M. Wilson in June 2018 and consisted of renovations to the Kuehner West Wing Facilities. Phase 2 is currently underway with the construction of the two-level Ferring East Wing addition, but not without its challenges.

Part of the addition includes a new 450-seat theater with a complex design. The core and shell of the structure is mainly concrete; foundations, columns, walls and decks with a mix of load-bearing masonry and structural steel, however, it is the extreme height of the masonry walls that make them unique. Standing 50 and 52 feet high, the structural loading sequence, wind bracing and assembly of the load-bearing masonry walls were crucial during design.

The one-of-a-kind theater is also difficult to build due to the 11 different floor elevations. S. M. Wilson had to be precise when planning the concrete pour sequence which required multiple forming and shoring systems.

Keeping COCA’s current facility operational on a tight site during construction while maintaining safe facility access for clients and neighbors is also a concern. S. M. Wilson’s safety team created site-specific evacuation plans, trucking routes for deliveries and performs daily safety walks all in an effort to prevent any incident. The team also works hand-in-hand with the COCA Staff, University City and Washington University on a daily basis to work through any coordination issues, avoid conflicts and achieve best management practices for the project site.

Because of the limited space and access of the project site, a tower crane was required in order to accommodate the long reaches for concrete pours and steel picks. Typically a tower crane would not be needed for a two-story building, but due to the location, the height of the masonry walls, overhead obstructions, multi-level concrete deck pours and complex steel installations, it was a requirement for a successful project.

“COCA is an inspiring organization and a staple in our community. We are proud to be a part of delivering this landmark project and look forward to how this new space will continue to innovate and inspire for generations to come,” stated Amy Berg, S. M. Wilson’s President.

Construction is expected to be complete in early 2020.